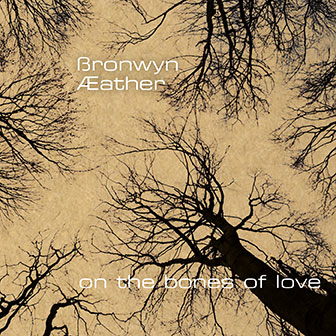 On The Bones of Love is a sometimes dark, sometimes quirky, always poetic collection of story songs, touching on obsession, death and loss, unrequited love, anger, sacrifice and fulfillment.

Born in Tasmania and arriving in Sydney after a decade in the remote north of Australia, Bronwyn worked in Sydney as a linguist and combined this with acting, singing and being a mother. She picked up her guitar again and began songwriting when her son grew up and left home. This EP is the result of her first year of writing. Bronwyn joined the vibrant open mic scene in and around Newtown while following her favourite local folk, singer-songwriter and bluegrass performers. She soon met local musician and producer Brian Campeau and recorded these songs in his studio.

With a love of Leonard Cohen and Joni Mitchell, Bronwyn’s songs favour a 6/8 rhythm, a vocal centred aesthetic with gentle harmonies. Her natural stage presence and heartfelt, passionate performances have found their place in the folk revival and singer-songwriter scene of inner city Sydney.

Brian Campeau’s intelligent production balances Bronwyn’s clear vocal, simple guitar and harmonica with a selection of strings, from the smooth bass lines of Phil Hall, the lilting sweep of Anna McInerney’s violin, the hearth and home of Jenny Shimmin’s banjo to the irresistible undertow of Mary Rapp’s cello. Combined occasionally with the magic of Campeau’s own guitar line, the beats of Jess Ciampa’s percussion and Dan Pliner’s rich piano, the songs are woven with harmonies from Georgia Mooney and Brian Campeau.

On The Bones of Love –